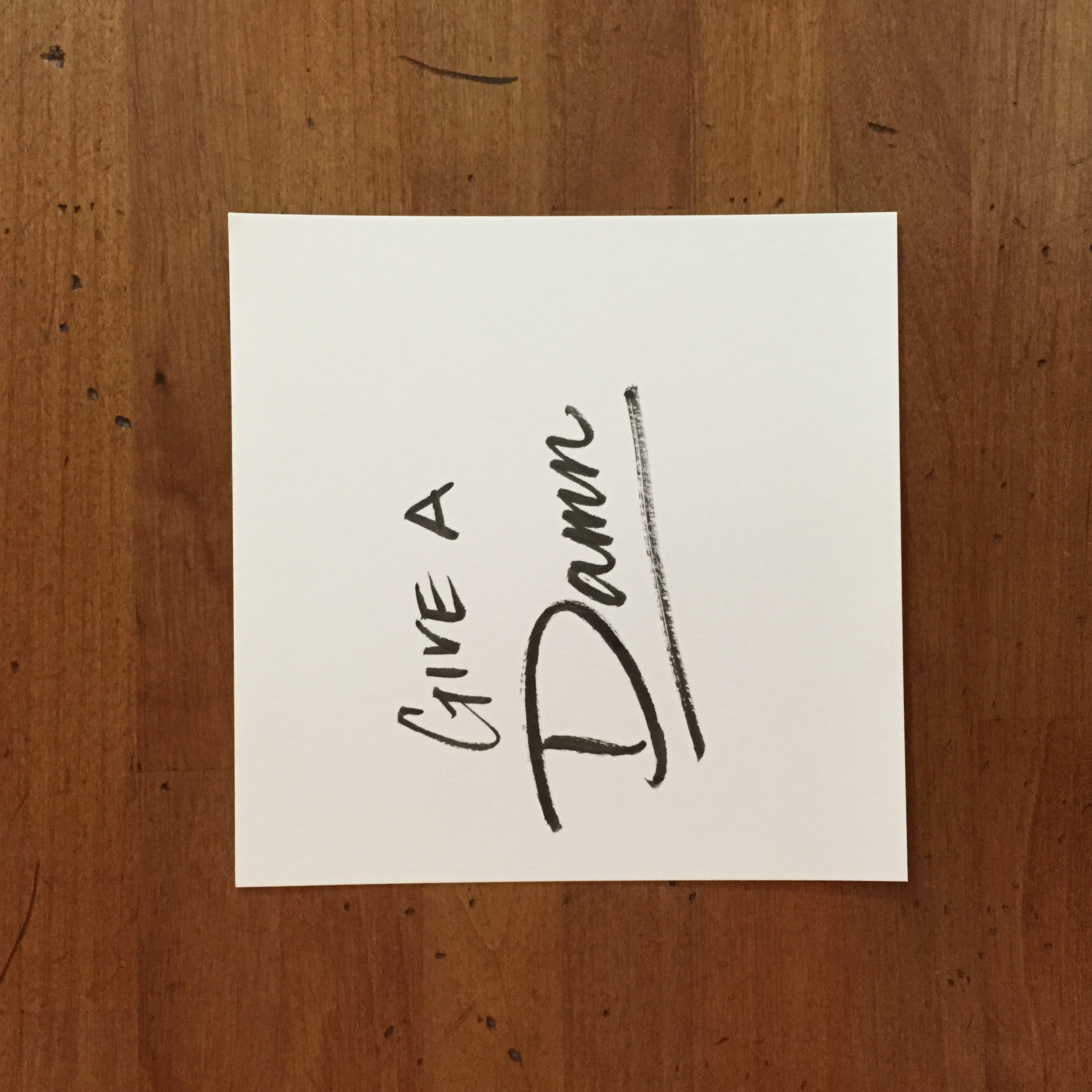 This is not something that you do for others. This is not about how others perceive you. This is how you live life and motivate yourself to do something. You are not here to sit around watching who-knows-what on TV all day. You can, and should, do something.

This, is how to give a damn.

All of this is not to say you cannot like playing video games, watching sports, reading blogs, or even checking Facebook. This is about focusing your attention on your every day actions and the way you present yourself. You should give a damn about something. Be interested. Be passionate. Be well put together. You don't need a sixty dollar haircut; handmade Italian loafers; a thousand dollar suit; just utilize what you have and make it work.